Beware of Momo Challenge Video inserted into children’s videos such as Baby Shark, Peppa Pig and so on.

We have found lots of posts around the internet talking about Momo character. As per our recent findings, some posts are claiming that Spanish police believe some scammers are bringing up the Momo character from time to time by inserting in the videos specially made for children such as Baby Shark, Peppa Pig and so on.

Police have announced that they are investigating lots of online videos such as YouTube videos, social media clips and so on.

Anyway, either it is true or not, but let’s find out what is momo challenge and how people are claiming it is harming the children as below.

What is Momo Challenge Video and how it can be dangerous to children?

People are claiming around the internet that there are some video clips inserted into the children videos like Peppa Pig, Baby Shark and so on which challenge children to do some activities which can lead children to do suicide.

Below are some screenshots posted by some people around the internet which are believed to be taken from Momo videos inserted into children’s videos like Baby Shark, Peppa Pig and so on, instructed viewers to slit their leg or wrist.

Following screenshots are posted by various people around the internet which are believed to be the screenshots of video clips inserted in the middle of popular children’s video such as Baby Shark, Peppa Pig and so on. 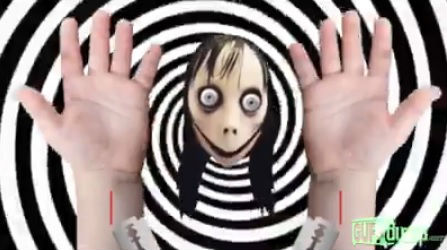 You can see above two screenshots which are believed to be the screenshots taken from the Momo Challenge videos inserted in the middle of videos aimed at children.

Anyway, it is not confirmed either Momo Challenge video has really harmed some children or it is just an internet hoax but also it is always better to take the precaution. So, we suggest you observe closely what your children are viewing on the internet and tell them not to follow the instruction from any videos online without confirming with you, means with parents.

You can spread the awareness about “Momo Challenge Video” by sharing this post with your friends and families through your social media accounts:-

It will be our pleasure to hear from you. So, please feel free to leave your comment below if you want to say something about “Momo Challenge Video” or want to report about some internet hoax or scams. You can also comment below if you have any queries related to the online work and business industry.

We will be more than happy to help you and hear from you.

# List of Good and Trusted Online Works and Businesses

# Why is Wealthy Affiliate Our #1 Recommendation to Make Money Online?